Public and animal health are protected from BSE by a stringent feed ban imposed by the Food and Drug Administration in 1997 and by the removal of all specified risk material which could harbor BSE. USDA also has a strong ongoing surveillance program in place to detect signs of BSE in cattle in the United States. The program samples approximately 25,000 animals each year and targets cattle populations where the disease is most likely to be found. The targeted population for ongoing surveillance focuses on cattle exhibiting signs of central nervous disorders or any other signs that may be associated with BSE, including cattle that cannot walk, are low-weight, injured, or dead. These types of cattle are sampled at farms, veterinary diagnostic laboratories, public health laboratories, slaughter facilities, veterinary clinics, and livestock markets. 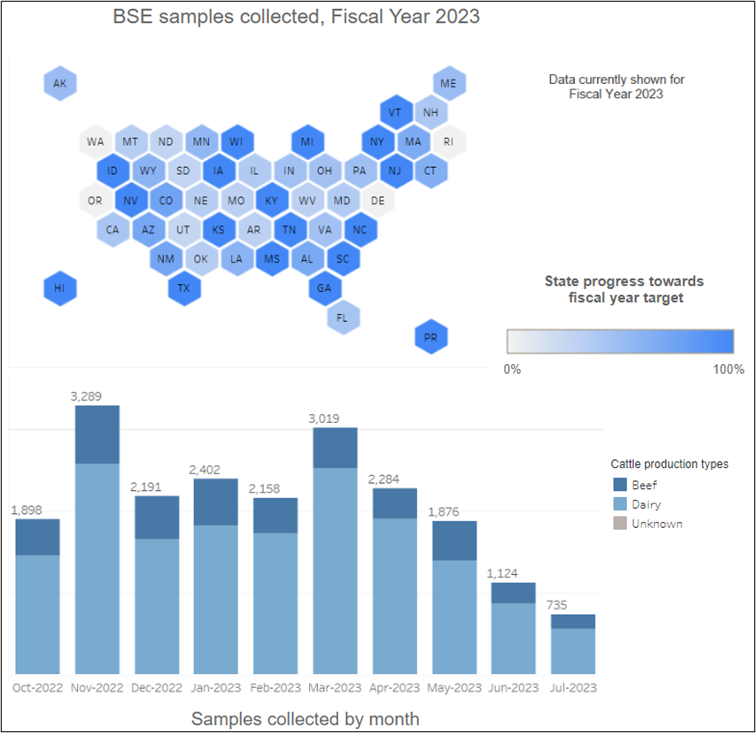 Beginning in Fiscal Year 2016, the BSE ongoing surveillance program will sample approximately 25,000 animals each year. Under the program, USDA will continue to collect samples from a variety of sites and from the cattle populations where the disease is most likely to be detected.

For Fiscal Years 2007-2015, the BSE ongoing surveillance program had a target of testing approximately 40,000 animals per year.