Huanglongbing (HLB), also known as citrus greening, is the most serious disease of citrus. The disease is spread by the Asian citrus psyllid (Diaphorina citri) (ACP), which has been present in Florida since 1998. ACP transmits the bacteria to the tree when feeding on new shoots. There is no cure for this disease and all commercial varieties of citrus are susceptible to HLB.

In citrus-producing areas with little or no HLB incidence, early detection and removal of infected trees are critical to prevent spread of the disease. However, it is difficult to identify HLB-infected trees because they may remain asymptomatic for months to years after infection. Control of the ACP vector and removal of diseased trees are key to maintaining productive citrus.

Huanglongbing (HLB) is thought to have originated in Asia and was first described in the early 1900s. The first detection of HLB in the United States occurred in Florida in 2005. Since 2005, HLB has spread through the citrus-producing areas in Florida, reducing citrus production by 75%, while more than doubling the cost of production. In 2008, HLB was detected in Louisiana, and in 2009, the disease was detected in Georgia and South Carolina. In 2012, HLB was detected in Texas and residential areas of California. 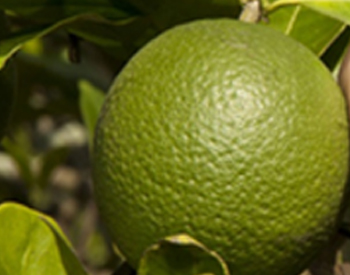 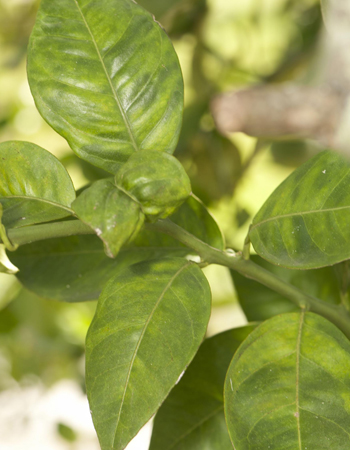 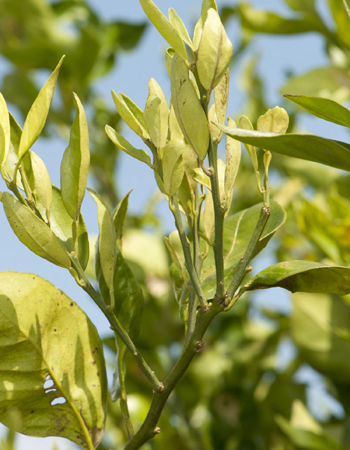 HLB is currently found throughout Georgia, Florida, Puerto Rico, and the US Virgin Islands and in portions of South Carolina, Louisiana, California, and Texas. 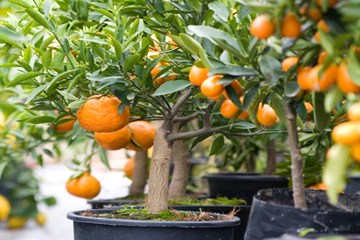 The survey protocol for citrus nursery stock describes the rates of inspection, sampling, and testing required by the nursery stock protocol.

Please contact your local Citrus Health Response Program office if you have questions about the protocol. 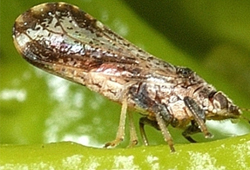 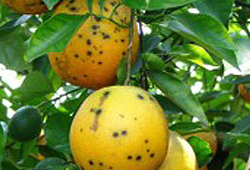 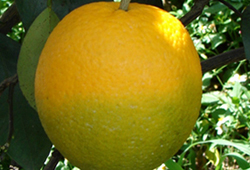 Citrus Disease
Citrus Black Spot: Citrus black spot is a citrus disease caused by a fungus, which affects citrus plants throughout subtropical climates, reducing both fruit quantity and quality. Symptoms can be found on fruit and leaves, but are easiest to identify on mature fruit. Fruit are susceptible to infection for six months following fruit set. Leaves typically do not show symptoms, but foliar lesions can be observed on highly susceptible varieties, such as lemon, or on stressed trees. On lemon, fruit pedicels may also show symptoms. All citrus varieties are susceptible to citrus black spot, making strict regulation and management necessary to prevent spread of this disease.

Citrus Canker: Citrus canker is a citrus disease caused by a bacteria. While not harmful to humans, canker significantly affects the vitality of citrus trees, causing leaves and fruit to drop prematurely. Citrus canker causes lesions on citrus leaves, stems, and fruit. Characteristic lesions are raised and brown, have water-soaked margins, and usually have a yellow halo surrounding the lesion. Older lesions appear corky. Symptoms generally appear within 14 days of exposure to the canker bacteria. The bacteria remain viable in old lesions and on plant surfaces for several months. A fruit infected with canker is safe to eat but has reduced marketability as fresh fruit.

Citrus Greening: Huanglongbing (HLB), also known as citrus greening is the most serious citrus disease. It is caused by a bacteria which is spread by the Asian citrus psyllid (ACP), a tiny insect that transmits the bacteria to the tree when feeding. ACP transmits the bacteria to the tree when feeding on new shoots. There is no cure for this disease and all commercial varieties of citrus are susceptible to HLB. Symptoms of HLB-infected trees include blotchy mottle leaves, stunted growth, reduced fruit size, premature fruit drop, corky veins, and root decline. It is difficult to identify HLB-infected trees because they may remain asymptomatic for months to years after infection. HLB eventually kills the tree.

Sweet Orange Scab: Sweet orange scab is a disease caused by a fungus, which results in scab-like lesions primary on fruit and less frequently on leaves and twigs. The initial symptoms of sweet orange scab form on very young fruit as lesions that are slightly raised and pink to light brown. As the lesion expands, it becomes cracked or warty. The lesion color changes to yellowish brown and eventually to dark gray. Sweet orange scab can cause premature fruit drop and stunt young nursery trees and new field plantings, but has little impact on fruit quality. While there is no danger to humans, the blemished fruit has reduced marketability. Sweet orange and tangerine are common hosts, however all Citrus species are vulnerable.

Citrus Pest
Asian Citrus Psyllid: Asian citrus psyllid is a tiny insect that feeds on citrus. While the insect causes little damage, it can carry a bacterium that causes the disease huanglongbing (HLB), also known as citrus greening. HLB is the most serious threat to U.S. citrus. Asian citrus psyllid is now present in all citrus growing regions of the United States.

Bicontrol
Citrus Biocontrol: USDA and our State partners currently release Tamarixia in Arizona, California, Florida, Louisiana, and Texas to protect America’s citrus crops. These measures are used to control the population citrus pests such as the Asian citrus psyllid.

Sampling
Citrus Sampling: APHIS conducts multiple surveys and collects citrus samples to identify any new pest or disease incursions or find signs of citrus pathogens and disease already known to exist in the United States. Samples are taken from both dooryard and nursery sources during these surveys.