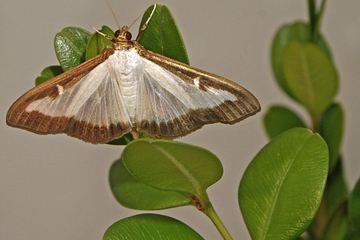 In July 2021, the U.S. Department of Agriculture’s Animal and Plant Health Inspection Service (APHIS) confirmed the presence of box tree moth in Niagara County, New York. The moths flew or were blown into the area from Canada, where the Canadian Food Inspection Agency has confirmed its presence in the environment.

This invasive pest can significantly damage and potentially kill boxwood (Buxus species) plants if left unchecked. The insect is native to East Asia and has become a serious invasive pest in Europe, where it continues to spread. The caterpillars feed mostly on boxwood and heavy infestations can defoliate host plants. Once the leaves are gone, larvae consume the bark, leading to girdling and plant death.

Here’s how you can help prevent the box tree moth from spreading. Please allow State or Federal agricultural officials to inspect your boxwood and place an insect trap if they visit your property. If you have boxwoods, please inspect them for signs of box tree moth and report any findings to your local USDA office or State agriculture department. You may also contact your local Cooperative Extension Service for information on pest management tools. To locate an Extension specialist near you, visit https://nifa.usda.gov/grants/land-grant-university-website-directory

On March 23, APHIS issued a Federal Order establishing a quarantine for the box tree moth in Erie, Niagara, and Orleans counties in the State of New York. This action is in response to the detection of a box tree moth population in Niagara County, New York.

This Federal Order prohibits the movement of regulated articles of boxwood (Buxus species) from Niagara, Erie, and Orleans counties to prevent the spread of box tree moth to other parts of the United States. These measures parallel the intrastate quarantine that NYS AGM established on December 10, 2021. Regulated articles include the whole plant, all plant parts, pieces, cuttings, clippings, debris, and any portion of the plant, alive or dead.

On April 30, 2021, the Canadian Food Inspection Agency informed APHIS that a nursery in St. Catharines, Ontario, detected the box tree moth. Between August 2020 and April 2021, the nursery had shipped boxwood and boxwood-related species to 25 retail facilities in 6 States: 1 in Connecticut, 3 in Massachusetts, 6 in Michigan, 12 in New York, 2 in Ohio, and 1 in South Carolina.

Separately, APHIS was made aware of an additional shipment containing boxwood plants exported from the infested St. Catharines, Ontario, nursery to a distribution center in Tennessee. Those plants were comingled with additional boxwoods from Canada, all of which arrived at the distribution center.

APHIS detected life stages of the moth in the receiving nurseries in four States: one detection each in Connecticut, Ohio, and South Carolina, and three detections in Michigan. On May 26, 2021, APHIS issued a Federal Order to halt the importation of host plants from Canada, including boxwood (Buxus species), Euonymus (Euonymus species), and holly (Ilex species).

In response to the detections, APHIS deployed several National Incident Management Teams to coordinate our efforts with the affected States to:

APHIS and our State cooperators destroyed all the Canadian boxwoods that remained in the original 25 retail facilities and the distribution center. While APHIS staff and State plant health regulators have been looking for the box tree moth in high-risk States, they have not detected any life stages in the environment that are associated with the imported plants.

This is what you should look for: 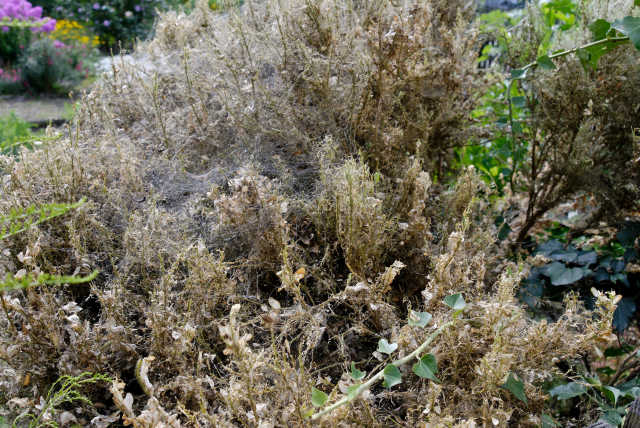 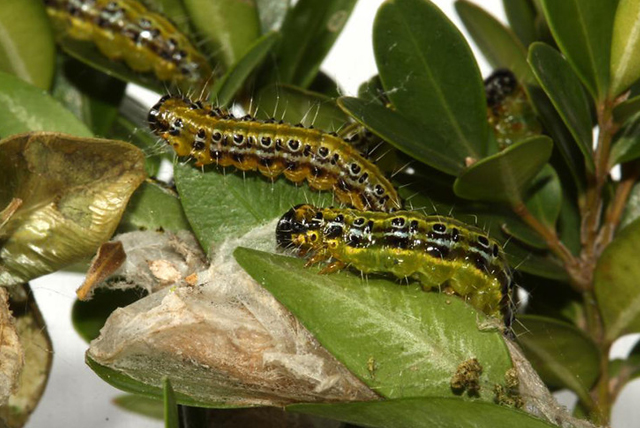 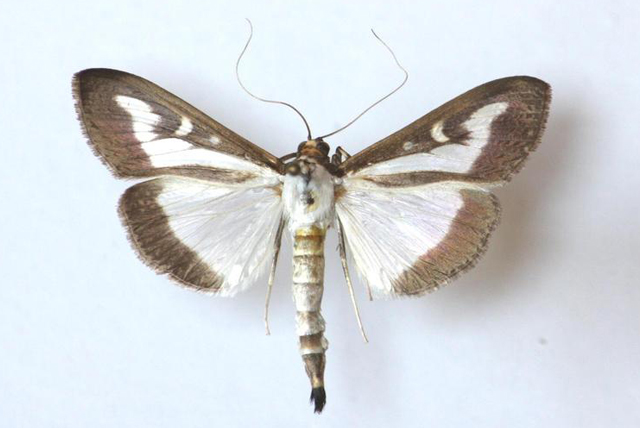 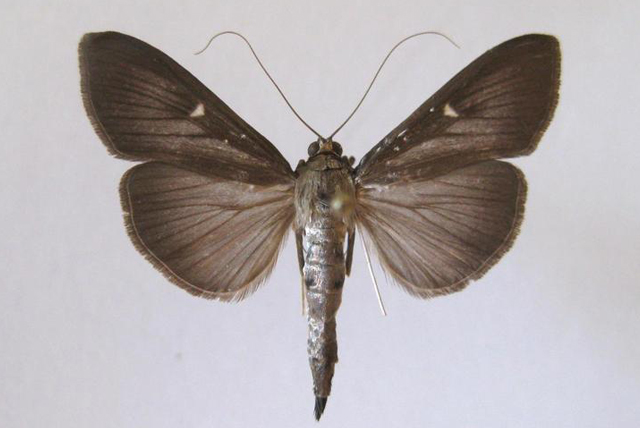 Dark form of the moth. 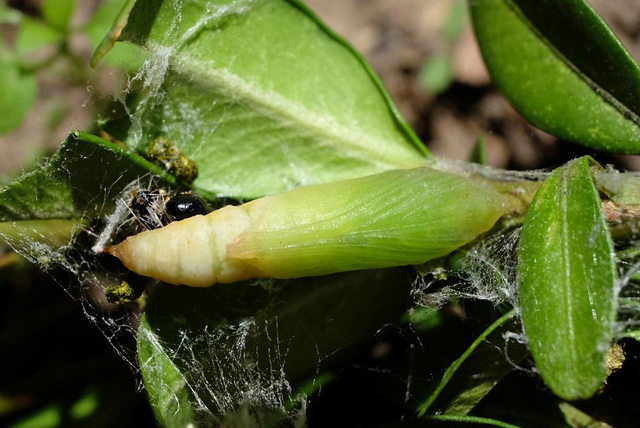 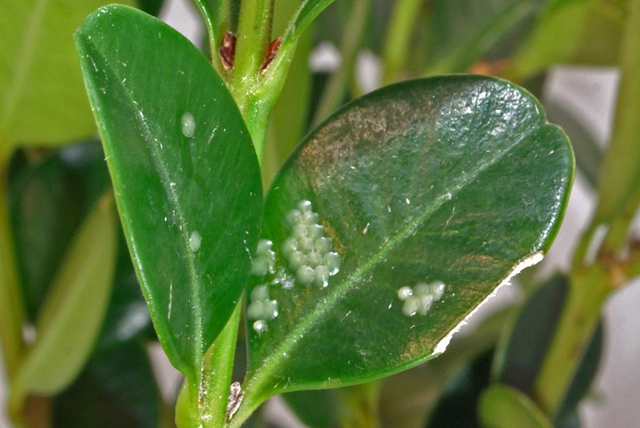