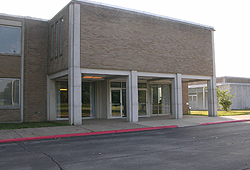 The primary focus of research at the NWRC Ohio Field Station concerns animal-vehicle collisions, especially wildlife hazards to aircraft. Aircraft collisions with birds and other wildlife (wildlife strikes) pose a substantial safety and financial threat to civil and military aviation worldwide. Wildlife strikes have claimed over 292 lives and over 271 aircraft (military and civil) since 1988, and cause millions of dollars in damage annually in the U.S. and abroad. As one dramatic example, in 1995 a U.S. Air Force $190 million AWACS plane crashed, resulting in the death of 24 crewmembers and the destruction of the plane after the aircraft hit geese on take-off at Elmendorf Air Force Base, AL. The "forced landing" of US Airways Flight 1549 in the Hudson River on 15 January 2009 after Canada geese were ingested in both engines on the Airbus 320 demonstrated to the public at large that bird strikes are a grave concern to aviation safety.

The NWRC Ohio field station has worked with the Federal Aviation Administration (FAA), the U.S. Department of Defense, universities, and WS biologists to develop management strategies to reduce wildlife hazards to aircraft and produce science-based recommendations, policies, and procedures to control hazardous wildlife on airports and other locations where they present a hazard to aviation safety.

Ohio has the highest breeding season population of blackbirds and starlings of any state or province, and marshes along Lake Erie are traditional late-summer congregating places for these birds. One of the largest nesting colonies of herring gulls on the Great Lakes is within 8 miles of the field station. A major proportion of the continental population of ring-billed gulls, a species that along with herring gulls is often involved in safety hazards at airports, concentrates along the south shore of Lake Erie in spring and fall. Large concentrations of fish-eating birds such as double-crested cormorants also congregate on Lake Erie during migration. Thus, considerable field research on birds associated with wildlife damage can be conducted within 60 miles of the field station.

Further information about the research conducted at the Sandusky, OH field station can be found on the Understanding And Exploiting Wildlife Behavior To Mitigate Wildlife Collisions With Aircraft, Other Vehicles, And Structures research page.

What Does the Sandusky Field Station Do?

Staff at the NWRC Ohio Field Station work under the Project, Understanding And Exploiting Wildlife Behavior To Mitigate Wildlife Collisions With Aircraft, Other Vehicles, And Structures.  The goal of the research at this field station is to generate and disseminate ecological information related to wildlife collisions with vehicles and structures, particularly civil and military aircraft.  In pursuit of this goal, the staff have three main objectives:  1) Understand/quantify animal sensory ecology and antipredator behaviors to reduce animal-vehicle and structure collisions; 2) Understand/quantify the role of small unmanned aircraft systems (sUAS) relative to wildlife monitoring and hazing; and 3) Understand/quantify airspace and land cover use on and near airports by birds recognized as hazardous to aviation safety, and relative to aircraft traffic and wildlife-aircraft strike risk. Ohio Field station staff are thus engaged in research that bridges theoretical and applied efforts and involves studies to understand animal behavior in the context of site or land cover use, responses to disturbance and management actions, and how management actions influence the likelihood of wildlife-aircraft collisions and subsequent damage metrics, or strike risk.

In 2008, Dr. Travis L. DeVault assumed leadership of the project. In addition to directing continued research efforts to reduce wildlife hazards to aviation, he broadened the mission of the project to include research on animal collisions with automobiles and structures.

1960s: Ohio farmers organize the Bye-Bye Blackbird Committee to lobby for government action in reducing crop losses from blackbirds. Two years later, this group becomes the Ohio Coordinating Committee for the Control of Depredating Birds and builds a statewide organization, soon attracting congressional attention. Congress supports the location of a research station in Ohio. Melvin T. Dyer is hired as the first Project Leader for the new research center that would be administered from the Patuxent Wildlife Research Center within the U.S. Fish & Wildlife Service. In 1968, a location is selected at the Plum Brook Station on NASA property.

1980s: Research continues in the area of testing different repellent methods, including investigating various crop hybrids that repel birds without decreasing crop yields. Field work, as in previous decades, is imperative for developing control methods. The ADC program is moved from the Department of Interior to the Department of Agriculture.

1990s: Research continues to analyze bird depredation problems in agriculture, but shifts to a new focus on wildlife hazards to aviation--mainly bird strikes--due to quieter, faster airplanes, an increase in air traffic, and larger populations of birds. As part of this new focus, the field station takes over the maintenance of the Federal Aviation Administration’s National Wildlife Strike Database, a record of reported wildlife-aircraft collisions. Managed by NWRC staff until February 2004 when its administration transferred to Wildlife Services Operations, the database is critical to understanding wildlife strikes and aviation.

2000s: The field station becomes the leading research facility on wildlife hazards to aviation. Research by NWRC biologists leads to the publishing of a 248-page manual, "Wildlife Hazard Management at Airports," co-authored by Richard Dolbeer and Edward Cleary. The manual provides a detailed course of action for understanding and managing wildlife hazards at airports. Prior to this publication, airports had no guide to provide direction on how to develop, implement, and evaluate wildlife hazard management programs.

2010s: The field station begins the decade with a new Interagency Agreement (signed in FY 2009) with the Federal Aviation Administration. The new agreement reflects an increased research capacity and larger scientific staff at the field station. Research priorities under the new agreement include investigations of bird movement patterns; wildlife hazards associated with various land uses at airports (turf grasses, prairies, food crops, and renewable energy production); behavioral responses of birds and mammals to vehicle approach; efficacy of aircraft lighting for increasing alert response of birds; and the use of ground-based, bird-detecting radars for reducing bird-strike risk at airports.