Welcome to our Solutions through Science series—join us as we explore how APHIS is developing and applying the latest science and technologies to deliver our mission of protecting the health and value of American agriculture—today and into the future!

What if we could modify an animal or plant’s genes to select for certain traits or abilities? Could microbes be genetically edited to prevent disease? Or could invasive rodents be altered to produce only male offspring? What if we could target solutions to specific species to protect other species?

New innovations in genetic technologies, such as CRISPR/Cas systems and small interfering ribonucleic acid (RNA), are helping to expand our understanding and ability to modify, suppress, and detect organisms at the molecular level. These technologies are faster, cheaper, and more accurate than previous molecular tools, allowing scientists to target specific species, lineages, and genes.

APHIS scientists are exploring how CRISPR/Cas systems and other emerging genetic technologies may impact and help APHIS meet its mission by:

Below are just a few examples of APHIS’ work related to emerging genetic technologies. 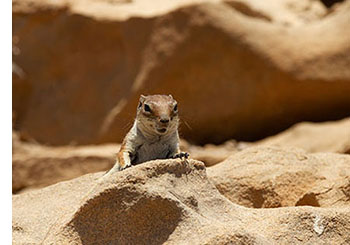 Invasive rodents are the leading cause of plant and animal extinctions on the world’s islands. Wildlife managers need new tools to prevent this devastation, and genome editing holds promise as a selective tool to manage the problem.

Engineered gene drives are a genetic technique that targets and promotes the inheritance of a particular gene to increase its prevalence in a population. With a variety of partners, APHIS Wildlife Services (WS) scientists are investigating the feasibility of gene-drive or other modifications for invasive rodents that would produce single-sex offspring and could be used to eliminate them on islands. Ultimately, a modified rodent population that only produces male or female offspring would breed themselves out of existence, allowing for eradication without chemical pesticides.
To learn more, please visit: 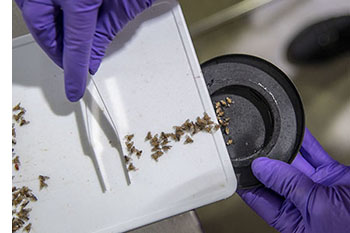 APHIS Plant Protection and Quarantine (PPQ) uses the sterile insect technique to prevent invasions of damaging exotic fruit fly pests, which are among the most destructive pests of fruits and vegetables in the world. This technique releases large numbers of sterilized flies to reduce the probability of invasive flies finding fertile mates. PPQ is investigating the use of CRISPR gene editing technologies to develop strains of single-sex fruit flies for use in sterile insect technique programs. The ability to produce and release large quantities of sterile, male flies can efficiently suppress pest populations that would otherwise damage fruits and vegetables. 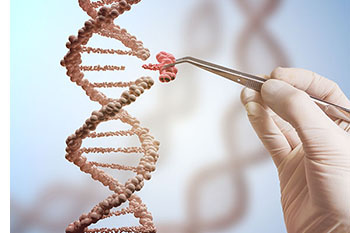 As part of normal bodily functions, a cell’s DNA sends out “messages” to other parts of the cell to create specific proteins. These proteins are the building blocks of organisms. For instance, if the body needs to build more muscle, the DNA sends out a message triggering the production of more muscle proteins. These DNA “messages” are strands of RNA. siRNA (also known as “small interfering RNA”) is a specially designed RNA molecule used to disrupt the expression of a particular gene.
Using siRNA, scientists can create specific RNA strands or “messages” to address complex problems. These RNA strands direct the cells’ own machinery to attack and destroy other naturally occurring RNA strands that have complementary nucleotide sequences. Such “interfering” allows scientists to use the body’s natural defenses to eliminate the production of certain proteins. APHIS Wildlife Services scientists hope to harness the power of siRNA to improve the selectivity and effectiveness of wildlife damage management tools, such as contraceptives, repellents, and toxicants. 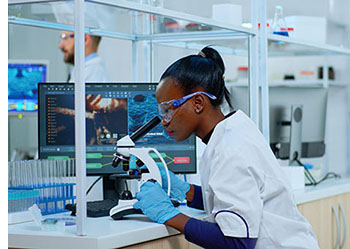 Candidatus Liberibacter asiaticus (CLas) is the bacterial pathogen that causes “citrus greening disease,” one of the most destructive diseases of citrus worldwide. PPQ scientists are harnessing the power of CRISPR/Cas systems to create rapid and highly sensitive CLas detection tools. The sensitivity of this method emerges from the same forces that bind our strands of DNA. When a synthetic strand of DNA—matching a portion of the pathogen genome—binds to the pathogen DNA, a fluorescent light is released allowing scientists to detect the CLas pathogen.. This strategy can produce rapid (1-2 hours), field-deployable detection with a potential sensitivity of 100-1,000 times greater than current CLas detection methods, greatly improving our ability to find and address citrus greening.

New and developing technologies often stem from novel concepts, and this requires the modernization of existing approaches to risk assessment and regulation. APHIS Biotechnology Regulatory Services (BRS) works to keep abreast of the latest advances in science and technology as it develops and implements regulations and risk assessment processes to prevent any increase in disease or pest risk that may be associated with plant, animal, and microbial products of genetic engineering. For example, BRS staff are currently developing and reviewing best practices for risk assessment of gene drive organisms, in the event a gene drive is developed in a plant or plant pest for use in the United States. BRS also works with the U.S. Environmental Protection Agency and the Food and Drug Administration, as needed, to coordinate regulation, resolve gaps and areas of ambiguity in the Federal biotechnology regulatory system, and facilitate stakeholder understanding of the regulatory system.

In addition to exploring the use of genetic tools to protect American agriculture and natural resources, APHIS scientists are actively working with federal and international partners, conservation organizations, and others to discuss the technical, ethical, social, safety, and regulatory challenges posed by emerging genetic technologies.

Many APHIS scientists are working on emerging genetic technologies. Here are just a few: 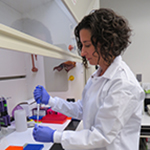 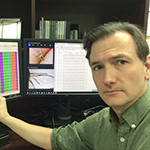 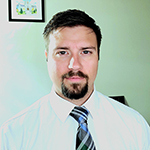 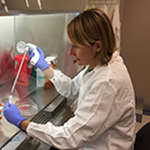