a program within the U.S. Department of Agriculture's Animal and Plant Health Inspection Service, provides Federal leadership and expertise to resolve wildlife conflicts that threaten public health and safety. Increased air traffic, urban sprawl, enhanced noise suppression on aircraft, and more concentrated populations of birds and other wildlife at or near airports contribute to wildlife strikes.


What is a Wildlife Strike? 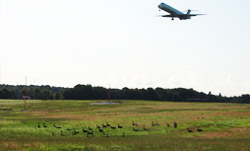 Wildlife strikes are when birds or other animals collide with an airplane. This may occur when the airplane is taking off, landing, or while it is in the air. Wildlife strikes have increased in the past 30 years because both populations of many hazardous wildlife species and numbers of aircraft movements are increasing (Dolbeer and Eschenfelder 2003). For example, 13 of the 14 largest (>8 lbs) bird species in North America have shown significant population increases in the past 30 years. These species include Canada geese, white and brown pelicans, sandhill cranes, wild turkeys, and bald eagles.

Snarge is the biological remains left on a plane after a wildlife strike. If snarge is collected and sent to the Smithsonian Institute's Feather Identification Lab, feather fragments can be used to identify the species involved in some wildlife strikes. For strikes without significant feather fragment material, DNA can be extracted from the blood and tissue samples to positively identify the animal involved. 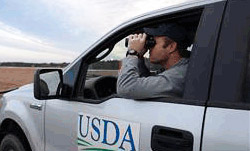 This Program Data Report has been developed to provide the public with information about WS' wildlife damage management activities at airports. WS takes pride in its partnerships and cooperation with resource owners in developing and implementing sound, science-based projects designed to reduce conflicts between humans and wildlife.

Managing bird and other wildlife hazards at airports is a complex, public-sensitive endeavor involving many species of wildlife governed by the Migratory Bird Treaty Act and other Federal, State and local regulations.
Because of the complexity and sensitivity, airports are encouraged to employ professional biologists trained in wildlife hazard management at airports (14 CFR Part 139.337 and FAA Advisory Circular 150/5200-36a [FAA 2012]). They assess hazards, provide training, and to assist in the development, implementation, and evaluation of wildlife hazard management plans.  Professionally developed and implemented management plans minimize the likelihood of catastrophic or major-damage wildlife strikes on an airport and provide crucial support during litigation in the aftermath of any significant strike event that might occur. WS assists airfields in all 50 states, 3 territories and 9 foreign countries.
View Program Data Report E to filter by airport type and state. 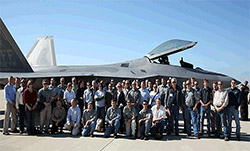 In recognition of WS’ expertise and accountability, the Federal Aviation Administration (FAA) entered into a Memorandum of Understanding (MOU) with WS, which encourages airports to “request technical and operational assistance from WS to reduce wildlife hazards.” The Department of Defense executed a similar MOU to address wildlife conflicts at military installations. In 2013, a MOU between WS, the National Association of State Aviation Officials (NASAO) and the FAA was signed, fostering cooperation between the signatory parties to reduce wildlife hazards at airports in every state.