Four serious citrus diseases found in the United States include Huanglongbing (also known as citrus greening or HLB for short), citrus canker, citrus black spot and sweet orange scab. Today, one or more of these diseases threatens every acre of citrus in America. 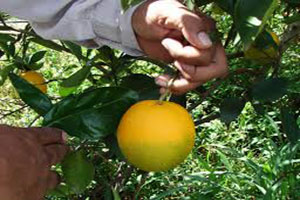 Citrus greening is one of the most serious citrus plant diseases in the world. It is also known as Huanglongbing (HLB) or yellow dragon disease. Once a tree is infected, there is no cure. While the disease poses no threat to humans or animals, it has devastated millions of acres of citrus crops throughout the United States and abroad.

Citrus greening disease was first reported to have occurred in Asia during the late 1800s and the disease has already caused devastation in Asia, Africa, the Arabian Peninsula and Brazil.

Named for its green, misshapen fruit, citrus greening disease has now killed millions of citrus plants in the southeastern United States and is threatening to spread across the entire country. See all of the affected areas.

Citrus greening is spread by a disease-infected insect, the Asian citrus psyllid, and has put the future of America’s citrus at risk. Infected trees produce fruits that are green, misshapen and bitter, unsuitable for sale as fresh fruit or for juice. Most infected trees die within a few years.

The Asian citrus psyllid, which spreads citrus greening, is no bigger than the head of a pin. The infected insect spreads the disease as it feeds on the leaves and stems of citrus trees. Once the Asian citrus psyllid picks up the disease, it carries it for the rest of its life. Citrus greening is then spread by moving infected plants and plant materials such as bud wood and even leaves. 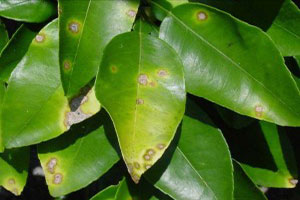 Citrus Canker causes the citrus tree to continually decline in health and fruit production until the tree produces no fruit at all.

Citrus canker is a bacterial disease of citrus that causes premature leaf and fruit drop. The main symptoms are lesions on the leaves, stems and fruit of citrus trees. While not harmful to humans, the disease affects the health and marketability of infected fruit.

Canker causes the citrus tree to continually decline in health and fruit production until the tree produces no fruit at all. It affects all types of citrus and is highly contagious. Citrus canker can be spread rapidly by:

While citrus canker is believed to have originated in South East Asia, the disease was first found in the United States in 1910. It was discovered in Florida, but reached as far as the Gulf States and South Carolina before it was eradicated. Citrus canker was detected again on the Gulf Coast of Florida in 1986 and declared eradicated in 1994.

The most recent outbreak of the disease was discovered in Florida in 1995 and after a 10-year eradication effort, the USDA declared that eradication was no longer possible. 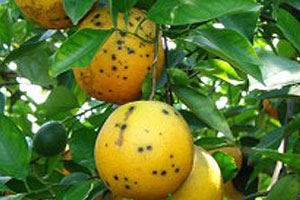 Citrus Black Spot is one of the most devastating fungal diseases of citrus worldwide.

Citrus black spot, or Guignardia citricarpa, is a fungal disease characterized by dark, speckled spots or blotches on the rinds of the fruit. As one of the most devastating fungal diseases of citrus worldwide, it causes early fruit drop, reduces crop yield and leaves the highly blemished fruit unsuitable for sale.

While all commercial citrus is at risk for citrus black spot, lemon and late-maturing citrus varieties like Valencia are most vulnerable. The disease is transmitted through spores released from fallen, decomposing citrus leaves.
Citrus black spot is common in subtropical regions of the world with summer rainfall, including numerous countries in Asia, South America, Africa and Australia. It was first detected in the United States in 2010 during a pest survey of Valencia sweet oranges in the Immokalee area of Florida. 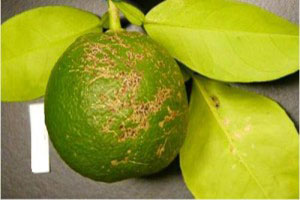 The disease has been reported by a number of countries in South America and Oceania. In June 2010, it was first confirmed in the United States in Texas.

Sweet orange scab is a fungal disease that results in unsightly, scab-like lesions developing on fruit rinds and, less often, on leaves and twigs. The damage produced is superficial and does not affect internal fruit quality or taste.

The fungus is easily dispersed by rain or irrigation and can be carried on infected nursery stock such as ornamental citrus plants and fruits. Insects also can spread the fungus when carrying fungal spores on their bodies.