The emerald ash borer (EAB) beetle is a serious threat to America’s ash trees. This tiny pest is the number one cause of our nation’s extensive ash decline. To date, it’s destroyed ash trees in 35 states and the District of Columbia— and counting. As the infestation spreads, it’s having a critical impact on our ecosystems and economies.

USDA is using some of EAB’s natural enemies, tiny stingless wasps, as biological control to slow the beetle’s spread. These wasps are harmless to humans and the environment, but they’re highly effective at killing the EAB larvae and eggs.

USDA aims to increase the use of wasps in infested states and on tribal lands.

USDA is releasing stingless wasps in EAB-infested areas. These wasps kill the beetles early in their lifecycle — before they can devastate more trees in our communities.

Woodpecker Activity and Missing Bark
These birds eats EAB living under the bark.  They leave pecking holes and light patches of missing bark on trunks. 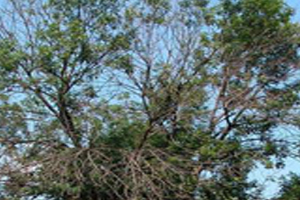 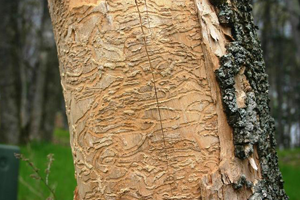 S-Shaped Galleries and Splitting Bark
EAB larva leave S-shaped galleries (or tunnels) that can be seen under vertical splits in the bark. 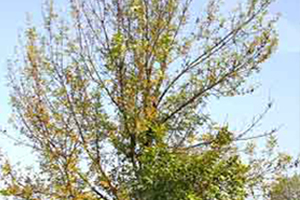 Yellowing Leaves
Before leaves fall off, they will turn a pale green or yellow. 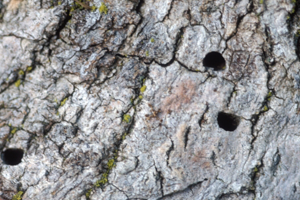 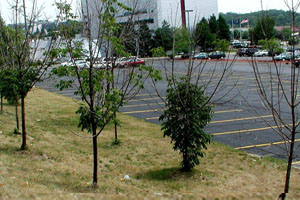 Epicormic Shoots
These are new shoots sprouting from a tree's trunk or roots, often with larger-than-normal leaves.

What is emerald ash borer (EAB)?

The emerald ash borer beetle (EAB) is a destructive wood-boring pest that is native to Asia. It was unknown in North America until its discovery in Michigan in 2002, and it most likely arrived hidden in wood packing material used in shipping. As of March 2021, EAB is in 35 states and DC.

Why are ash trees important?

Ash trees have significant value ecologically, economically and culturally. They provide habitat and food for wildlife; reduce pollution and stormwater runoff; shade and beautify our landscapes; and are vital to our forests. Ash tree wood is one of the most popular hardwoods used to produce various wood products. Ash is also used in several Native American traditions, and for centuries, Native Americans have relied on these trees to make baskets, instruments and medicines.

Why is EAB infestation a problem?

Dead ash trees can be safety hazards. Additionally, the disappearance of ash trees can have complex ecological impacts can mean a loss of timber for manufacturing as well as losses in landscape value, and threatens the cultural traditions for many Native American communities.

What is biological control?

Biological control, or biocontrol, is the reduction of pest populations through the use of natural enemies such as parasitoids (stingless wasps), predators, pathogens, antagonists, or competitors. It is a practical option to suppress pest populations and an environmentally sound method of pest control.

How did USDA determine biological control is a management option for emerald ash borer?

Early in the EAB program, USDA’s Animal and Plant Health Inspection Service and the Forest Service initiated a search for potential biological control agents in China. Four wasps were identified—and the first releases of three of the wasps occurred in 2007. The fourth wasp was released in 2015. Spathius agrili, Tetrastichus planipennisi, and Spathius galinae parasitize EAB larvae, and Oobius agrili parasitizes EAB eggs. As of 2020, at least one out of the four different parasitoids have been released in 30 states and off-springs have been successfully recovered in 20 states, which means populations are established, reproducing, and are continuing to attack and kill EAB.