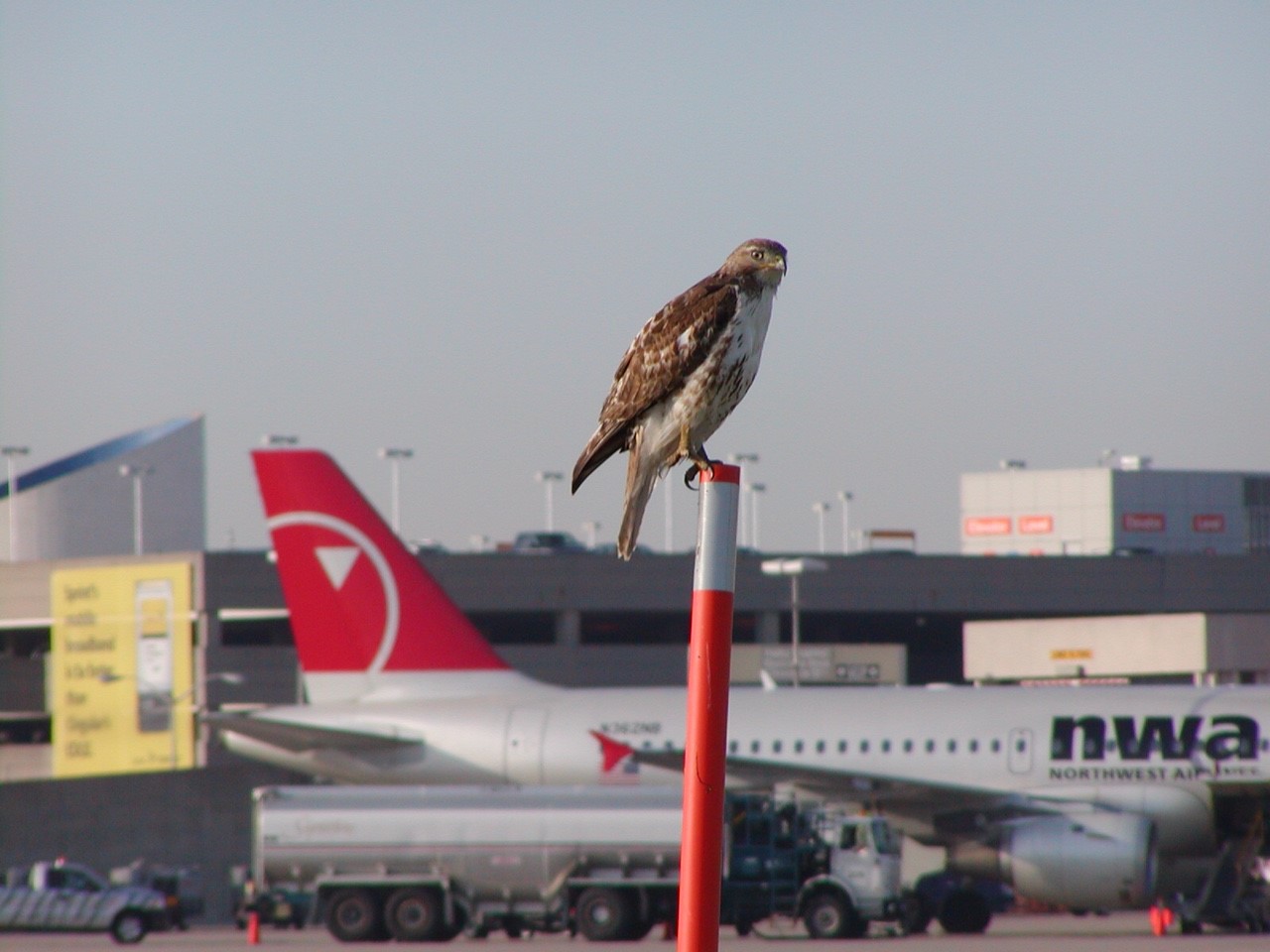 Bird collisions with aircraft (bird strikes) result in more than $1 billion in aviation costs each year. Identifying the bird species of most risk to aviation may help in the development and use of targeted management methods.

NWRC and the WS Airport Wildlife Hazards Program calculated the strike risks of various bird species by combining each species’ relative hazard score (RHS) with its number of bird strikes.

“Think of the relative hazard score as the percentage of total strikes for each species that results in some sort of damage. It could be substantial damage, such as a lost engine or an emergency landing, or it may be relatively minor, such as a delay in the aircraft’s scheduled flight,” states NWRC supervisory wildlife biologist Travis DeVault. “It provides an index of severity for bird strikes, but not frequency.”

Based on RHS, the three most hazardous species are large, flocking birds— vultures, double-crested cormorants and sandhill cranes. However, RHS alone does not tell the whole story and should not form the basis of wildlife management at airports.

Of the 11,364 strike records and 79 bird species studied, red-tailed hawks, Canada geese, turkey vultures, pigeons and mourning doves had the highest strike risks (i.e., frequent and damaging collisions) nationally to aircraft in the United States. Researchers encourage airport wildlife biologists to adapt the model to their airport’s specific strike data, and use standardized bird surveys, corrected for detection bias, to further prioritize management efforts at their airport. For instance, if a given airport finds that Canada geese (or another species) provide the greatest risk at their site, more management directed at proactively reducing their presence on or near the airport may be warranted. 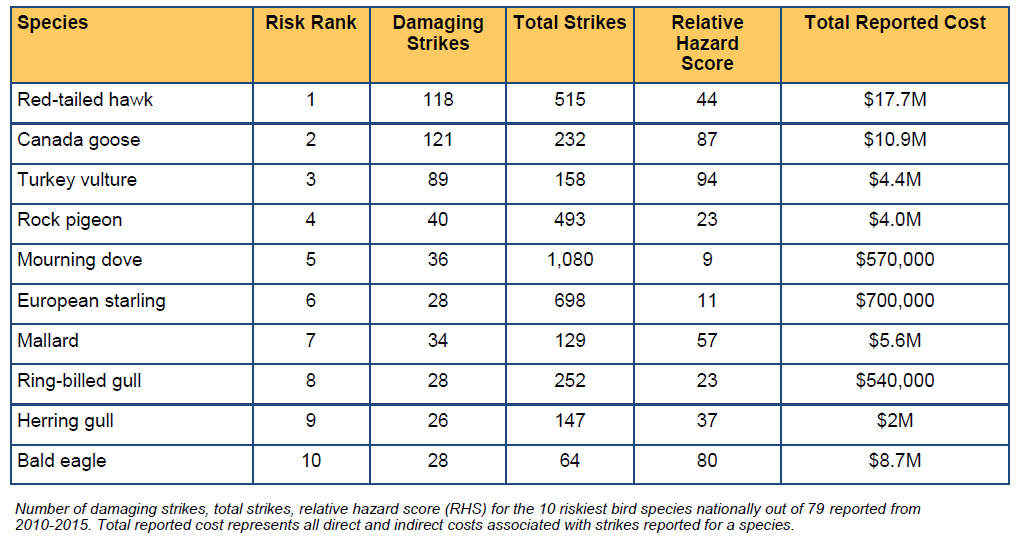