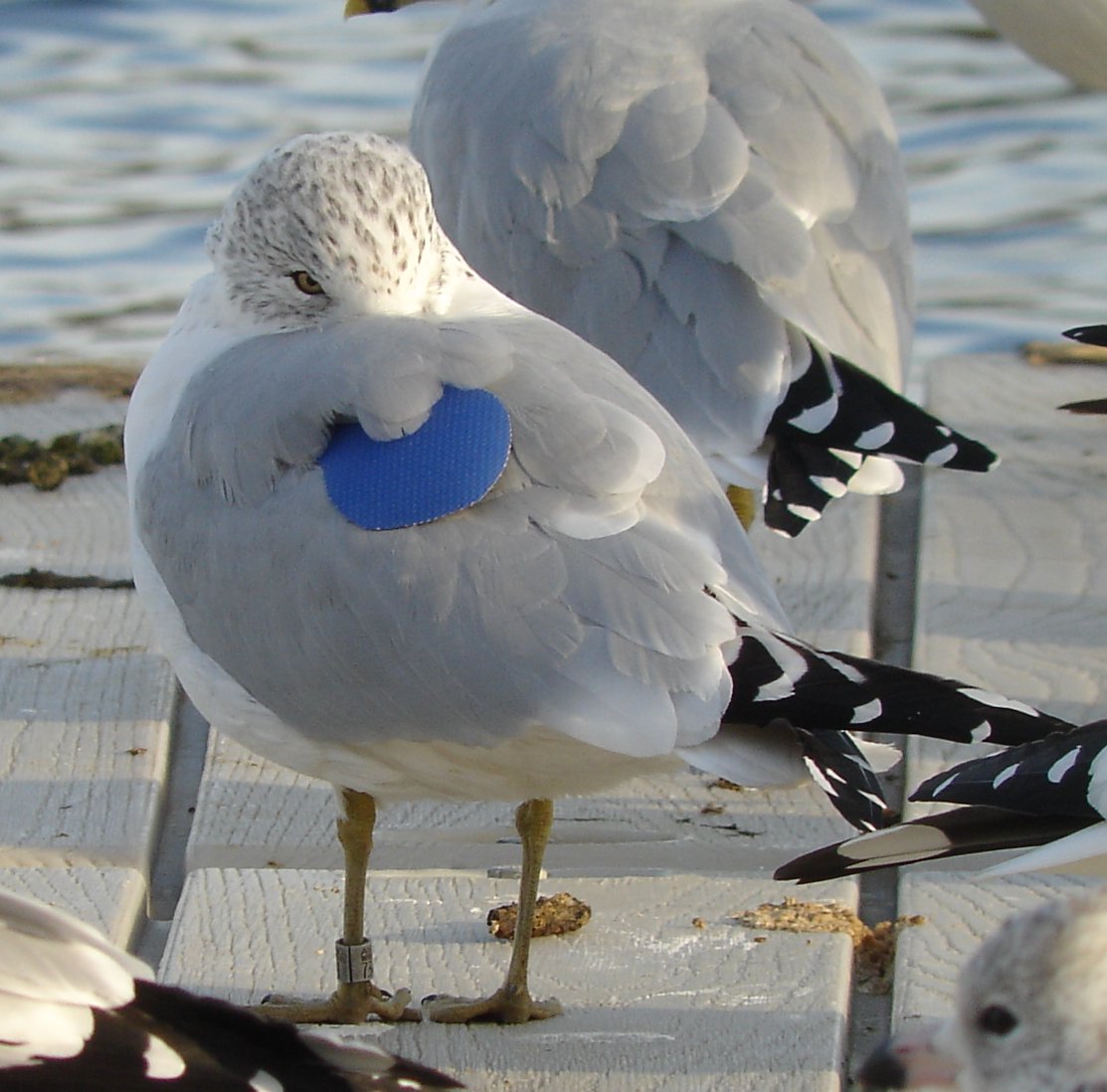 Ring-billed gulls are long-lived birds, with an average lifespan of 10-15 years. Urban areas often provide artificially safe nesting areas for gull colonies and they are faithful to their nesting sites, returning year after year to the same region. These factors have helped contribute to high numbers of ring-billed gulls on and around Chicago area beaches.

“Unfortunately, gull fecal material in the Chicago area has been directly linked to E. coli contamination of the water at several beaches,” states WS State Director Scott Beckerman. “Our efforts, which started in 2007, focused on reducing gull populations by oiling more than 158,000 eggs in 61,747 nests. By reducing the hatching success and number of new birds arriving on beaches at the height of the swim season, we hoped to reduce the amount of bird droppings on the sand and in the water, and subsequent water quality issues.”

Coating eggs with 100 percent food grade corn oil is a proven method for reducing the hatchability of eggs. Though labor intensive, egg oiling is a common method for addressing bird damage issues in urban communities.

At the request of the Chicago Department of Environment, the Chicago Park District, WS Operations, and NWRC teamed up to reduce the population of ring-billed gulls in the Chicago area and thus limit the number of gulls on local swim beaches. Experts also assessed whether gull reductions led to improved water quality at 19 Chicago area beaches.

“By 2009, the total number of hatch-year ring-billed gulls observed at Chicago area beaches had declined by 86 percent,” states NWRC’s Dr. Rick Engeman. “This tells us that our egg oiling efforts were effective at reducing the number of new birds. What’s even more encouraging, though, is that water quality tests also showed an improvement. In 2006, 16.1 percent of the water quality tests noted pollution levels above EPA recommended water quality standards. By 2009, this number was down to 9.8 percent.”

The authors note that continued management of gull colonies in the Chicago area will further help to reduce local water quality issues. In addition to egg oiling, other damage management methods at the beaches themselves could further deter gull usage. These include reducing litter and feeding by well-meaning people; implementing canine patrols or other hazing techniques; and locating and limiting gull reproduction at other nearby nesting colonies.