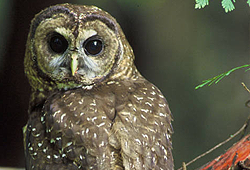 
APHIS Wildlife Services' threatened and endangered species work is based on partnerships with the U.S. Fish and Wildlife Service, state wildlife management agencies, organizations, landowners, and others.