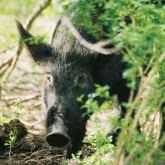 Feral swine compete with native wildlife for multiple resources, specifically food, habitat, and water. Feral swine diets overlap with those of native wildlife, such as bear, deer, and turkey, which results in competition for important and limited natural food supplies. Feral swine activity will often deter other species from living in an area, resulting in competition over prime habitat. Feral swine wallow in mud to maintain proper body temperature which can be particularly problematic during dry seasons when they monopolize and contaminate limited water sources.

Feral swine also prey directly on the nests, eggs, and young of native ground nesting birds and reptiles, including threatened or endangered species. Game birds such as wild turkeys, grouse, and quail can also be impacted. Feral swine have even been documented killing and eating deer fawns, and actively hunting small mammals, frogs, lizards, and snakes.

Feral swine wallows are prime mosquito habitat which contributes to the prevalence of various mosquito-borne diseases. Wallows can also be a place of transmission for bacteria and parasites from feral swine to native wildlife that come to drink. 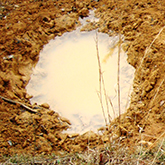 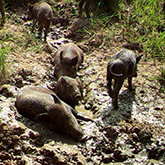 Feral swine aid in the spread of invasive species of plants. Many invasive plants prefer areas of recent disturbance, such as wallows or rooted areas, and feral swine can spread seeds on their fur or in feces. 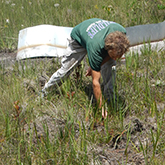 Feral swine can alter the understory growth of forests through rooting and foraging, ultimately shifting the tree species diversity and density in a forest by interfering with seed dispersal since they are huge consumers of mast crops (i.e., acorns, hickory nuts, beech nuts, and tupelo). Consumption of mast, not only depletes food sources for native wildlife such as deer and turkey, but this behavior can also alter the forest composition by decreasing the number of large seed-producing trees. 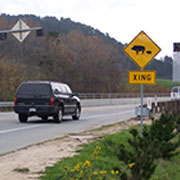 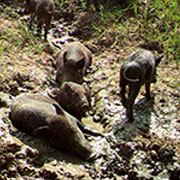 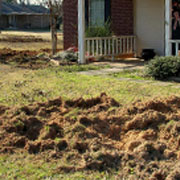 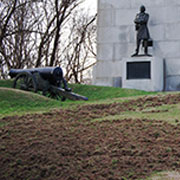