For almost 2 years, we heard about the U.S.-China “Trade War” or “Tariff War” in the news. But then, in January 2020, the two nations signed the landmark U.S.-China Phase One Economic and Trade Agreement, taking the first step toward a new trade relationship. Agricultural products make up a large portion of that deal. And that’s where USDA’s Plant Protection and Quarantine (PPQ) program comes in.

“Countries—including the United States—are extremely careful about what plants and plant products they allow across their borders,” said Andrea Simao, Director of PPQ’s Phytosanitary Issues Management unit. “We all know some of these products could harbor destructive invasive plant pests and diseases, so trading partners require the exporting country to minimize those risks. That’s PPQ’s expertise. We manage plant health issues for U.S. exports and imports.”

PPQ is the United States’ national plant protection organization (NPPO). Our trade experts lead plant health negotiations during technical bilateral meetings held around the world. They negotiate directly with the other country’s NPPO, using science and international standards to resolve trade issues. The result: plant health (phytosanitary) protocols that both countries agree will sufficiently minimize the pest risk of an imported or exported plant or plant product. Commodities cannot move in commerce until the trading partners finalize the protocols.

Both countries have now signed technical protocols to allow the United States to export into China a wide range of commodities estimated to be worth between $700 million and $760 million annually, upon maturity. These commodities include:

Some of these successes were longstanding efforts. “The chipping potato agreement was 20 years in the making,” said Mike Guidicipietro, PIM’s Associate Director at the time who passed away in March 2020. “In fact, I was there when we first made the request. Throughout these 2 decades, we’ve worked closely with the U.S. potato industry. We needed their collaboration to develop the protocols so we could be certain the U.S. producers and exporters could comply with them.”

In addition to Phase One, PPQ is negotiating the phytosanitary requirements for these other items on the U.S. export commodity list, which includes pomegranate fruit, sweet potato, and peach fruit. We are also working with China to discuss new treatments options for U.S. logs, and to revise the export requirements for California strawberries.

A Glimpse into the Negotiation Process 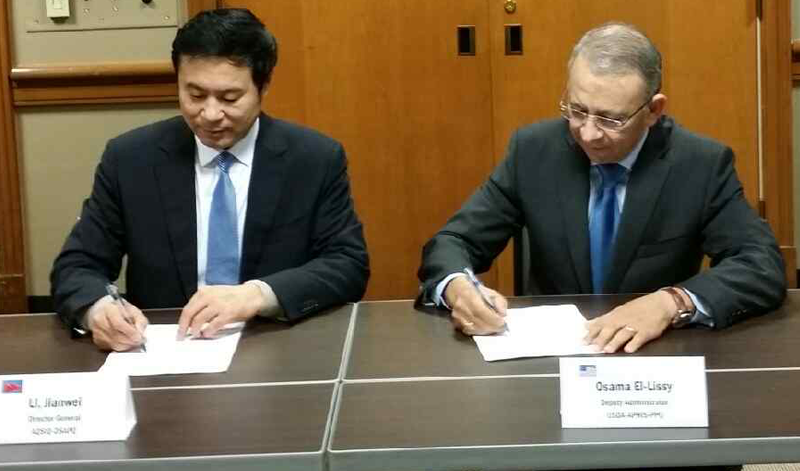 “During negotiations, we represent all of PPQ and bring the full force of PPQ’s work to the table,” Simao said. “That includes solid program policy and processes proven to safely import commodities into the United States or export them to other countries; the best science, methods, and analyses to determine and mitigate pest risks for a given commodity or pathway; and survey data and regulatory compliance information, helping to demonstrate the absence or effective control of pests of concern to our trading partners.”

Getting the Job Done—Despite a Public Health Emergency

To deliver on Phase One commitments, PPQ and China’s NPPO had planned to meet in person in February to work out the needed phytosanitary requirements and protocols. Then the new coronavirus—COVID-19—broke out in a global pandemic.

“Instead of face-to-face meetings, we turned to conference calls,” said Simao. “With China on the other side of the world and a 12-hour time difference from the U.S. East Coast, we needed to compromise on the start time. That meant getting up at 3 a.m. to make the 5 a.m. calls, day after day. We were still able to get the job done.” 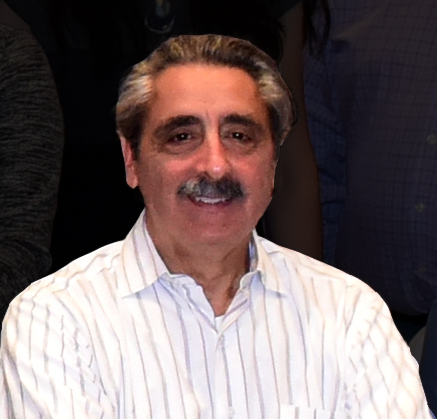 With much sadness, PPQ is sharing the passing of Michael Guidicipietro (known by many as “Mike G”) on March 23, 2020. Mike will be forever remembered as a great friend and colleague to all of us in PPQ and to many in the U.S. industry as well, who knew him and worked with him throughout his 40-year PPQ career.

He began that career in 1979 as a PPQ Officer in the port of San Pedro, CA, and later transferred to San Francisco to take the position of Pathology Identifier. Over the years, Mike worked in commodity preclearance programs in Chile, the Netherlands, and New Zealand. He also worked in export certification as a Trade Specialist representing the export programs for U.S. fruits, vegetables, and nursery products grown in the western United States.

In 2003, Mike joined the Phytosanitary Issues Management unit as the National Trade Director for Exports and eventually became the unit’s Associate Director and lead phytosanitary negotiator. His efforts helped open a number of valuable markets around the world, including California, Idaho, Oregon, and Washington cherries to Japan; California table grapes to Australia and New Zealand; and most recently the long-awaited potato market to China.

Mike was always willing to share his experience and knowledge and graciously mentored new Trade Directors to help further PPQ’s mission. We were truly fortunate to know and work with Mike, and will certainly miss his leadership on phytosanitary issues, his dedication to our Agency’s mission, and, of course, his friendship.