“Our team works diligently to identify and develop tools and technologies to improve commodity treatments and pest risk management in support of PPQ programs,” said Dr. Woody Bailey, TIML’s Director. “Our lab identifies and develops phytosanitary treatment technologies and schedules to mitigate pest risk. This is how we support pest exclusion and facilitate safe trade. The scope of the lab’s approach brings biological sciences, chemistry, and analysis to bear.”

“The TIML develops phytosanitary treatments as we seek methyl bromide alternatives, including ‘green technologies’ and pest mitigation measures,” said S&T Associate Deputy Administrator Wendy Jin. “Methyl bromide is an existing staple in PPQ’s treatment toolbox, but its use is being phased out under the Montreal Protocol.” The lab’s efforts in this area include investigating replacements for methyl bromide fumigation in the lab’s purpose-designed fumigation research facility and using “green” technologies, including: 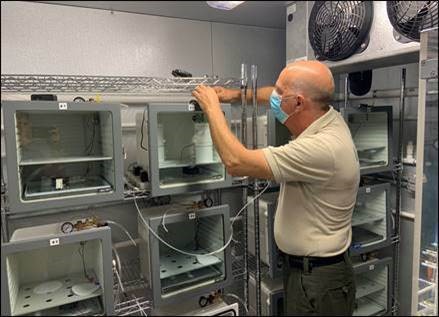 Biological control is another environmentally friendly pest management option, which uses a pest’s natural enemies such as parasitoids, predators, and pathogens. The lab delivered these recent achievements in this area:

The lab has also developed domestic and offshore pest surveys and mitigations, including:

The TIML develops and improves inspection technologies, which are vital to excluding exotic pests in trade. For example, TIML is working on 3D printing trays and X-ray inspection protocols for seed and plant inspection and facilitating image sharing for better coordination between plant inspection stations, where PPQ specialists ensure that imported plants and seeds do not contain pests and diseases of regulatory significance. 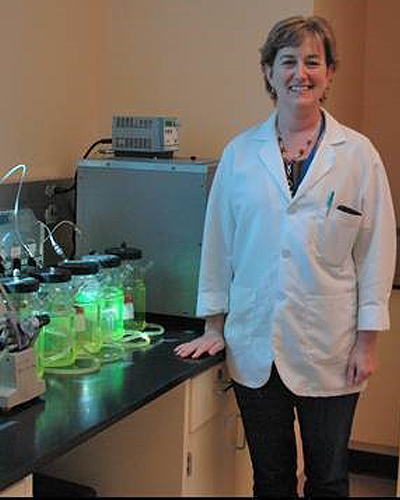 “In addition, the TIML assists by selecting treatments for imported shipments on hold due to identification of a quarantine pest, especially when the pest, commodity, or circumstances are unusual and require further scientific inquiry,” said Bailey.

The lab provides technical support to PPQ programs in the field of analytical chemistry and dosimetry, including:

You can learn even more about the TIML by visiting its web page.