It’s a potential game-changer for U.S. plant health protection: highly trained detector dogs that can find a specific invasive pest or disease in the field.

These detector dogs could accompany pest survey specialists during a foreign pest or disease outbreak, speeding the efforts of USDA’s Plant Protection and Quarantine (PPQ) program to determine the infestation’s boundaries and identify pest-free areas. They could also work at ports, sniffing entire shipments of commodities to detect traces of insect larvae or plant disease.

A number of recent PPQ pilot studies revealed the enormous potential of these dogs: 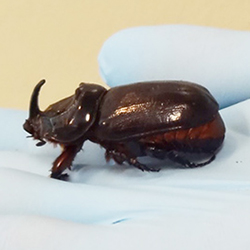 In Hawaii, the dogs searched for the palm-killing coconut rhinoceros beetle (CRB) in mulch piles, a favorite breeding site for the invasive insect. The canines had a nearly 90 percent detection rate for CRB larvae living 2-to-10 inches deep in mulch. They could also confirm that mulch piles were CRB-free in half the time it takes a four-person survey crew. 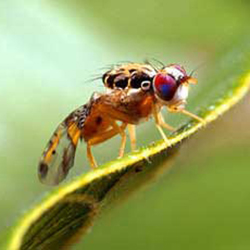 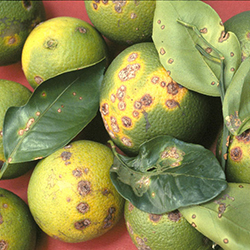 “These and other results impressed PPQ’s leadership,” said Mark Dagro, Associate Director of PPQ’S Professional Development Center. “So much so, in fact, they decided to make expanding the detector canine program one of PPQ’s priority programs for 2017.” 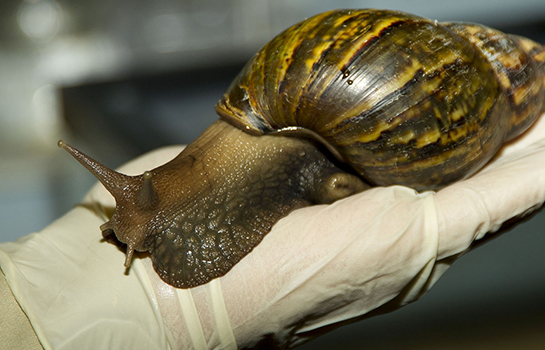 Pest-detecting canines trained by PPQ have already proven themselves operationally: The Florida Department of Agriculture and Consumer Services (FDACS) is using them to sniff out the last giant African snails (GAS) in Miami-Dade County. The GAS, one of the most damaging snails in the world, can consume at least 500 types of plants and carry a parasitic nematode that can lead to meningitis in humans. It also reproduces quickly, producing about 1,200 eggs each year. The dogs have become an essential tool in detecting any remaining snails, which have become much harder to find thanks to the successful PPQ-FDACS cooperative eradication program.

While canine training is the foundation of the initiative, laboratory work is equally essential to detection success. “PPQ’s scientists must isolate the specific pest and disease scents—or ‘volatiles’—needed to teach the dogs a target pest or disease’s distinguishing odor,” Dagro explained. “Then the labs must produce a sufficient supply of volatiles for the dogs’ initial training, plus more for field work to remind the dogs of the scent they must seek.”

PPQ’s leaders have concluded that the canines’ potential safeguarding value is well worth the investment. These trained dogs have the potential to add a powerful new tool for pest detection and surveying.

For decades, PPQ has been training canines to sniff out fruits, vegetables, and certain meat products. They have detected prohibited or restricted agricultural imports with impressive effectiveness. In 2016 alone, PPQ experts trained 67 dogs and 91 canine handlers for use by PPQ, U.S. Customs and Border Protection, State departments of agriculture, county agricultural commissioner's offices, and foreign agriculture ministries. 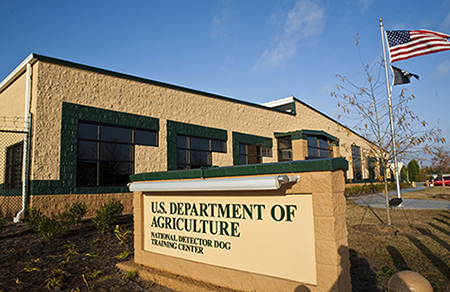 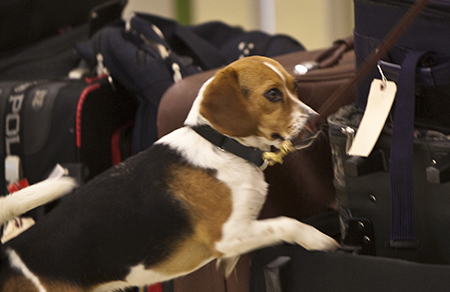