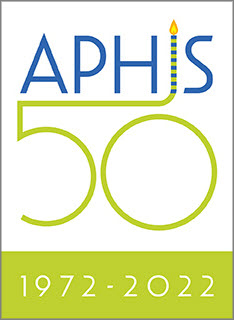 The U.S. Department of Agriculture's Animal Plant Health Inspection Service (APHIS) celebrated a major milestone—50 years of serving the public as a Federal agency! USDA established APHIS on April 2, 1972, as its lead agency for safeguarding the health of American agriculture.

Did You Know? APHIS' Plant Protection and Quarantine got our current name in 1974 after APHIS created the Agricultural Quarantine Inspection program.

Fifty years ago, the world was changing rapidly. Consumer demand for foreign products and commodities was rising. World agricultural trade was expanding rapidly. Although these changes accelerated economic growth and helped to propel the globalization of business and industry, they also left the United States more vulnerable to foreign plant pests and animal diseases that could enter the country on the goods we imported.

APHIS was created to consolidate animal health, plant health, and inspection duties under one roof. The new agency focused on protecting American agriculture and natural resources, along with ensuring the humane care of certain animals.

As we look back at the past 50 years, let’s take a stroll down the PPQ memory lane.

Looking Ahead to the Next 5 Decades

“The key to APHIS’ and PPQ’s many successes over the last 50 years is the talent, innovation, and dedication of our employees,” said Acting Deputy Administrator Mark Davidson. “As we look ahead to the next half-century, I have no doubt our workforce will deliver even more impressive accomplishments.”