Two sugarcane disease, gummosis and leaf scald, are plant disease that are not widely prevalent or distributed within and throughout the United States. 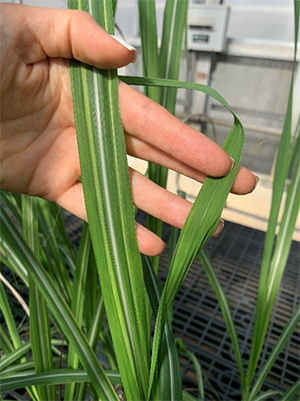 Leaf scald is caused by the bacterium, Xanthomonas albilineans. In nature, X. albilineans appears to survive poorly outside of a host plant, and to multiply only in its hosts, which are monocots in the Poaceae family.

The pathogen may not persist in all of these species in the field, but some hosts, such as I. cylindrica can be a long-term source of inoculum.