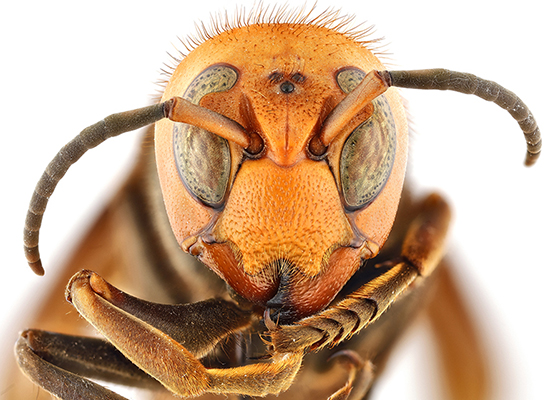 Learn about the name change:

V. mandarinia is the world’s largest hornet. It is native to tropical, subtropical, and temperate mountainous regions in Asia. This invasive pest was first reported in the Vancouver Island area of Canada in August 2019 and has since been detected in the far northwest corner of Washington State. V. mandarinia preys on many types of insects, including honey bees. They also consume carbohydrates such as sap and ripe fruit.

In conjunction with “northern giant hornet,” ESA has adopted “southern giant hornet” as the common name for Vespa soror and “yellow-legged hornet” for Vespa velutina. Neither of these hornets are currently found in the United States. V. soror is a closely related—and similarly large—species to V. mandarinia, and the descriptors “northern” and “southern” refer to the species’ native geographic ranges in Asia.