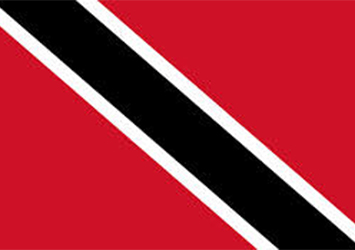 The staff of the Animal and Plant Health Inspection Service (APHIS) at the United States Embassy in Port of Spain, in conjunction with our colleagues at the Foreign Agricultural Service (FAS) Port of Spain office, represent the interests of the U.S. Department of Agriculture (USDA) in Trinidad & Tobago.

Growing agricultural trade between the United States and Trinidad & Tobagohas created a vital role for APHIS ensuring that new trade opportunities are realized and that existing trade between the two economies flows smoothly. The APHIS Port of Spain office maintains technical working relationships with our Trinidad & Tobagocounterparts to resolve Sanitary and Phytosanitary (SPS) issues whenever they arise. This relationship contributes to maintaining the success of agricultural trade-related commercial activities between the two economies, helping ensure they thrive.

In addition, our office maintains direct contact with industry trade groups, importers and exporters in order to assist and facilitate resolution of trade-related issues as they occur at Trinidad & Tobago ports of entry.

Finally, as a principle role of APHIS is to make sure the United States and our trading partners adhere to the SPS rules set forth by the World Trade Organization (WTO), as well as the other relevant international standards-setting organizations, APHIS' role will continue to increase as the United States and Trinidad & Tobago continue to expand their current trade relationships and establish new partnerships into the foreseeable future.

The Animal and Plant Health Inspection Service is a multifaceted Agency with a broad mission area that includes protecting and promoting U.S. agricultural health, regulating genetically engineered organisms, administering the Animal Welfare Act and carrying out wildlife damage management activities. These efforts support the overall mission of USDA, which is to protect and promote food, agriculture, natural resources and related issues.