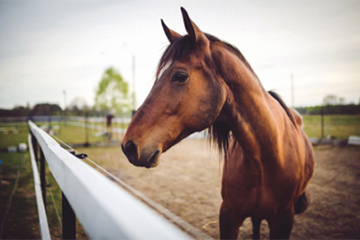 African horse sickness (AHS) is a non-contagious, vector-borne viral disease that affects all members of the Equidae family including horses, mules, donkeys, and zebras. The United States (U.S.) has never had a confirmed case of AHS; therefore, it is a foreign animal disease reportable at both the Federal and State levels. In 2020, AHS epidemics occurred outside of its normal geographic range of Africa, Oman, and Yemen, appearing in east Asia for the first time from importation of zebras from Africa to Thailand, and a subsequent detection on a farm in Malaysia. A variety of susceptible hosts, primarily equids, and competent vectors, including the biting “midge,” are present throughout North America. AHS does not affect human health.

The greatest risk for AHSV introduction is associated with importation of potentially AHSV-infected zebras, donkeys, or equids with partial immunity, including those vaccinated. Infected equids can serve as a source of virus, which midges can then pass to non-infected equids. Current USDA regulations prevent the importation of these equids from known AHSV-affected countries. Risk to the U.S. is additionally associated with introduction of equids from newly affected countries not yet known to have circulating AHSV. If AHSV-infected equids entered the United States, resident biting midge populations would increase the risk of establishing a mechanism for increased transmission to our naïve U.S. equid populations.

If AHSV is introduced to U.S. midge populations, reducing potential breeding grounds for biting midges, including moist soil, manure, or undrained water, can control populations and prevent them from breeding in livestock pastures. Repellents can be an effective way to temporarily decrease exposure to biting midges. Repellents may be most effective when applied to equids during the first four hours of the night, when biting midge activity is highest. Adulticide insecticides are recommended for application around horse shelters and directly to equids but not for large-scale environmental treatment.

AHS is a non-contagious, infectious vector-borne disease, which means that it is not transmitted by direct contact among horses. Instead, it is usually transmitted from infected to susceptible equids by biting midges and can also be transmitted by contaminated needles and syringes. Mosquitoes, some biting flies, and other arthropods, such as ticks, might also transmit the virus from one horse to another.

The signs and severity of disease depend on the clinical form of disease as well as the species of equid. Horses are more susceptible to the pulmonary and mixed forms of disease and exhibit the highest mortality rates (50% to 95%). Mortality rates in mules average 50%, with European and Asian donkeys’ mortality rates averaging around 5% to 10%. African donkeys and zebras are the least susceptible equids and thought to be the reservoirs of the virus. The virus can present in multiple forms, one affecting the pulmonary system, one affecting the cardiac system, and another that is a combination of the two. The fourth form of the disease is known as African horse sickness fever and is the mildest form. Similar clinical signs are associated with each form of the disease including fever, swelling of the face and neck, profuse sweating, coughing, mild lethargy, cardiac failure, and respiratory failure.

No specific treatment exists for animals with AHS apart from rest and supportive care to alleviate clinical signs.

Actions to Take If You Suspect Infection

AHS is an internationally reportable disease. If you see an equid you believe have AHS, contact your veterinarian. Suspected cases should also be reported to your State and Federal animal health officials.