New Era, New Focus
Genetic modification of plants—in the form of methods like crossbreeding—is as old as agriculture itself, but starting in the 70s and 80s, advanced scientific technologies like recombinant DNA opened the door to new possibilities. Plants could now be engineered for specific, highly desirable traits, such as reduced reliance on pesticides, enhanced nutritional content and shelf life, higher yields, and disease resistance.

However, along with this promise came concerns about products created using these new technologies. Would they present greater risks than those developed with traditional techniques? It was clear that a new era was here, and a new regulatory approach was needed. 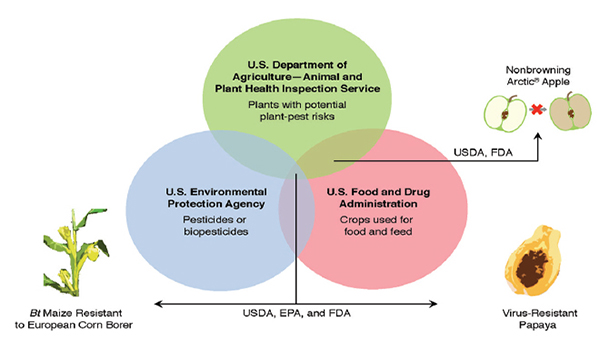 In 1985, Agriculture Secretary John Block made APHIS responsible for regulating the products of agricultural biotechnology such as animal vaccines and other veterinary biologics, as well as plants, seeds, plant pests, and animal pathogens produced with these techniques. The next year, the White House’s Office of Science and Technology Policy published the “Coordinated Framework for Regulation of Biotechnology.” The Framework was a shift towards a holistic approach to biotechnology and clarified the authorities of all the involved agencies (primarily APHIS, the Food and Drug Administration, and the Environmental Protection Agency) based on the use of those products—the same approach as for traditional agricultural technologies.

APHIS’ first major biotechnology regulation developed under the Framework, 7 CFR Part 340, was published in 1987. It established comprehensive rules on the introduction and movement of genetically altered organisms that could be considered plant pests, based on whether a plant pest was used in the creation process. APHIS’ first permits for U.S. field tests of genetically engineered (GE) plants—for two tobacco varieties and two tomato varieties—were issued shortly afterwards. 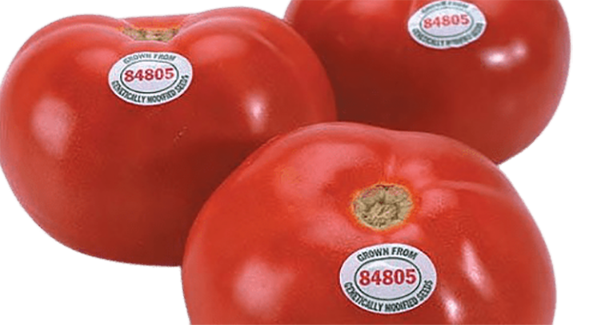 In May 2020, APHIS revised its plant biotechnology regulations, drawing on 30 years of regulatory experience and scientific research. The new regulations define whether a new product constitutes a plant pest risk based on its traits and mechanism of action (the biochemical processes through which genetic material determines a trait). Once a plant-trait-mechanism of action combination is determined to be safe and made exempt from regulation, all modifications made with the same combination are exempt.

Deregulated Crops Making their Mark
Deregulated crops produced via genetic engineering have played a large role in U.S. agriculture, with a few standouts helping combat pests and diseases. Bt cotton, modified to produce a toxin harmful to the damaging pink bollworm and harmless to humans, has proven instrumental in eradicating the pest from cotton-producing areas in the United States. Rainbow papaya, a papaya cultivar modified to be resistant to papaya ringspot virus, saved the Hawaiian papaya industry from ruin from that virus. By 2014, more than 90 percent of the corn, cotton, and soybeans grown in the United States were GE varieties.
To date, APHIS has deregulated more than 145 GE plant products proven to pose no risk to plant health and has authorized about 50,000 permits for the importation, interstate movement, or environmental release of GE plants.

Bt cotton played a large role in driving pink bollworm out of Arizona and other parts of the American Southwest.

Want to learn more? Check out the StoryMap “From Beagles to Biotech: APHIS in the 1980s.”