Few agricultural commodities have defined America the way cotton has. And few agricultural pests have been as destructive and downright insidious as the boll weevil, a small insect that lives and feeds on cotton bolls and flowers and reproduces very quickly. 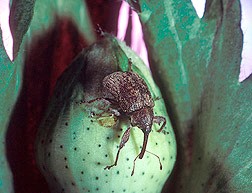 In the late 1800s, boll weevil entered the United States from Mexico, spreading throughout the South in what USDA's Bureau of Plant Industry Chief, B.T. Galloway, described to Congress in 1903 as “the wave of evil.” Adjusted for inflation, the pest caused over $100 billion in total losses throughout the 20th century.

A Looming Question
In the early 1970s, about one-third of all pesticides applied in the United States were used against boll weevil. USDA and its partners questioned whether eradication was even possible with a pest that reproduced so quickly and caused such devastating economic and environmental impacts. 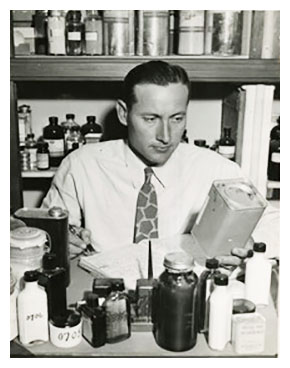 Proponents of eradication, like Edward F. Knipling, former director of USDA’s Entomology Research Division, strongly believed that the potential for eliminating boll weevil justified dedicating significant amounts of funding and research toward a large-scale effort. Other leading entomologists—like Perry L. Adkisson, who later became the chancellor of Texas A&M University—were more reluctant. Adkisson and his supporters questioned the validity of detection surveys and argued for a more cautious approach that focused on managing the pest rather than eradicating it completely.

Ultimately, they compromised. Instead of immediately embarking on a large-scale national eradication project, Knipling, Adkisson, and their peers in academia, industry, and government agreed on two separate trial boll weevil eradication programs: one in North Carolina and Virginia, and another in Mississippi.

Path to Eradication
In 1978, APHIS launched these trial programs, which combined chemical, biological, and cultural methods to eradicate the pest. This comprehensive approach included strategically timing planting seasons and insecticide treatments to reduce boll weevil impact. Though the collaborative efforts initially required significant investments by producers, industry, and States, they ultimately proved successful and inspired similar programs throughout the country.

The national cooperative boll weevil eradication program is widely considered to be one of the most consequential agricultural programs in U.S. history. To date, APHIS, State agencies, and the cotton industry have eradicated this pest from more than 98 percent of U.S. cotton acreage.

Want to learn more? Check out the “APHIS in the First Decade” StoryMap.