Washington, DC, May 9, 2019 – The U.S. Department of Agriculture (USDA) is celebrating the 25th anniversary of the signing of an International Agreement between the United States and Panama’s Ministry of Agricultural Development that established the joint Commission for the Eradication and Prevention of Screwworms [Comisión Panama – Estados Unidos para la Erradicación y Prevención del Gusano Barrenador de Ganado (COPEG)].  COPEG is critical for keeping North America free of New World screwworm (NWS), a dangerous and deadly pest of warm blooded animals, including humans, livestock, and pets.

COPEG serves a crucial role by operating the only sterile screwworm production facility in the world.  Using the environmentally-friendly sterile insect technique developed by USDA’s Agricultural Research Service (ARS), COPEG mass produces and releases millions of sterile NWS over the Darien Province in eastern Panama to prevent a re-infestation and 20 nautical miles into Colombia to suppress the population of fertile NWS and reduce the likelihood of incursions.

In October 2016, COPEG was critical to the eradication of NWS from the Florida Keys.  The United States had gone 30 years without an infestation when screwworms were discovered on endangered Key deer living in the National Key Deer Refuge.  The facility produced and shipped more than 40 million sterile NWS to combat the outbreak.  By March 2017, six months after the detection, USDA announced the successful eradication of NWS from Florida.

In addition to operating the sterile NWS production facility, COPEG maintains a NWS surveillance program in eastern Panama and conducts public information campaigns to maintain awareness.  The Commission also continues to work closely with ARS and outside scientists to apply new technologies to efforts that improve efficiency and effectiveness.

“In collaboration with the Panamanian government, the New World Screwworm eradication program is one of the most successful eradication programs in history,” said Greg Ibach, Under Secretary for USDA’s Marketing and Regulatory Programs.  “However, Screwworm still exists around the world, and we need to remain vigilant and be prepared to swiftly deal with any future outbreaks to minimize the impact on our livestock and maintain trade markets.”

Moving forward, USDA aims to strengthen engagement in Central America with a focus on emergency preparedness.  The ongoing engagement will not only contribute to improving emergency response, but to help reduce the risk of outbreaks by sharing more information about this pest and the devastation it can cause.  USDA will continue to share resources and knowledge to help quickly detect, respond and eliminate the threat of NWS to livestock and pets.

More information on COPEG and NWS is available here. 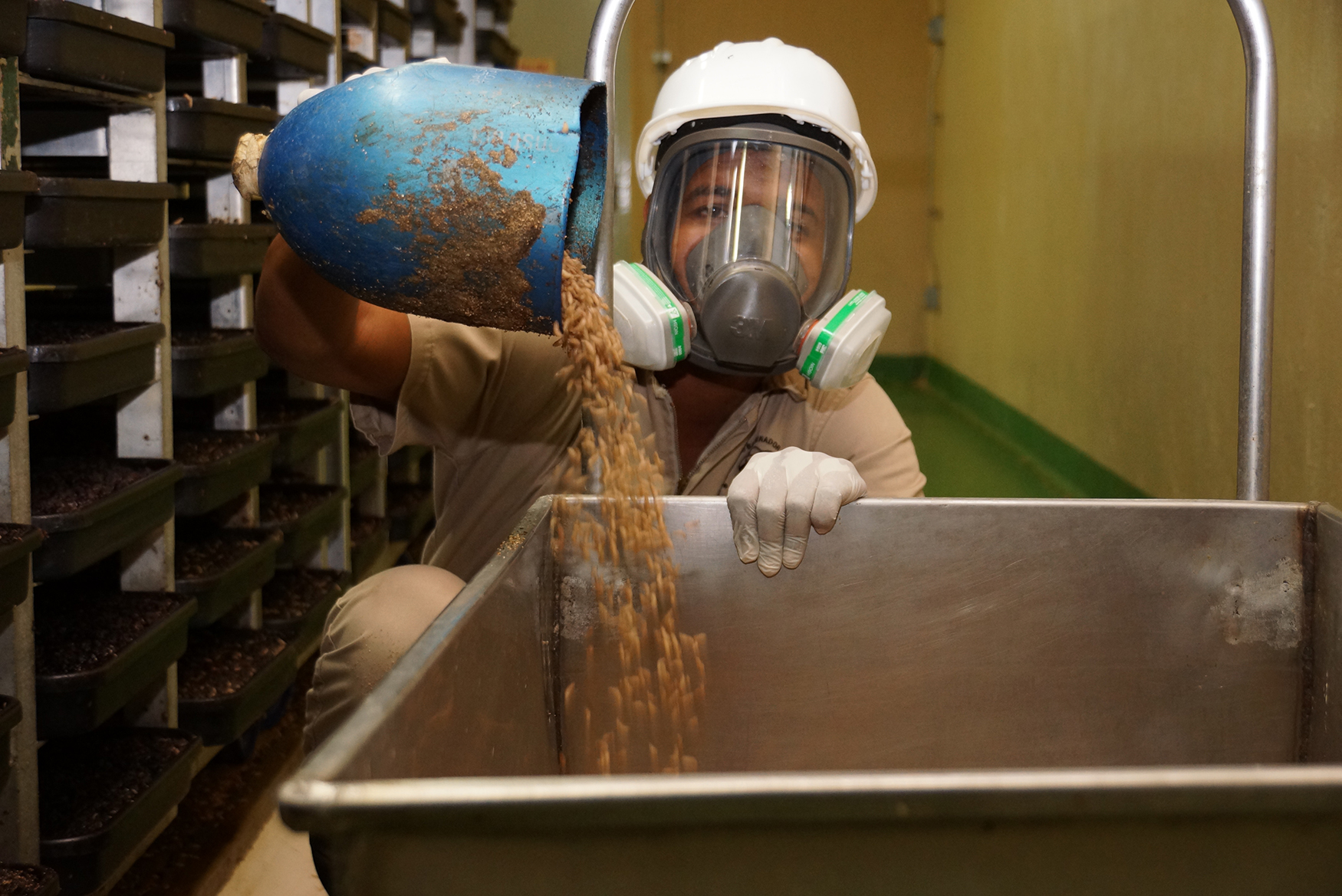 Did you know New World Screwworm workers collect and sterilize screwworm pupae before maturation?  This process has protected agricultural livestock in North, South, and Central America for 25 Years under the APHIS and COPEG agreement.  Photo Credit: COPEG