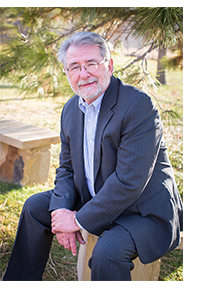 (WASHINGTON, Dec. 11, 2019) – The U.S. Department of Agriculture’s (USDA) Animal and Plant Health Inspection Service (APHIS) announces that Dr. Larry Clark of APHIS’ Wildlife Services program is being honored as a 2019 Presidential Rank Award winner. Dr. Clark will receive a Meritorious Executive award on December 17 as part of a ceremony hosted by the Senior Executives Association in Washington, DC.

“The Presidential Rank Awards represent the top awards a civilian federal employee can receive,” states APHIS Administrator Kevin Shea. “It is an honor to work alongside dedicated civil servants, such as Dr. Larry Clark, and I’m excited to see his excellent work recognized.”

Each year, the President of the United States recognizes and celebrates a small group of career senior executives with the Presidential Rank Award for exceptional professional, technical, and/or scientific accomplishments on a national or international level. Recipients of the prestigious award are leaders who have achieved results and consistently demonstrated strength, integrity, industry, and a relentless commitment to excellence in public service throughout their careers.

Since becoming NWRC Director in 2008, Dr. Clark has increased and promoted NWRC’s impact as an international leader in wildlife damage management research. He encourages the Center’s experts to work across multidisciplinary teams to find innovative solutions. These teams unite traditional expertise in wildlife biology, disease, chemistry, toxicology, animal ecology, and animal behavior, with cutting-edge fields, tools, technologies, and social sciences, such as human dimensions and economics. The result provides policy- and decision-makers with a complete picture of a wildlife damage issue; its biological, economic and social impacts; and recommended science-based solutions.

In 2013, Dr. Clark initiated the development of a robust technology transfer program, creating the Center’s first Office of Research and Technology Applications and Technology Transfer to coordinate intellectual property creation, protection, and transfer. Although NWRC only employs about 30 Ph.D. research scientists and 130 other support scientists, it collaborates on average with 140 unique entities each year. The ability to leverage the NWRC’s scientific resources has expanded the impact of NWRC. Since 2013, NWRC has entered into nearly 400 intellectual property agreements including 27 cooperative research and development agreements. In total, these agreements and three patent licenses have yielded more than $4.5 million in extramural funding for the Center.

The Presidential Rank Award of Meritorious Executive is the second-highest annual award given to selected career SES members. The award may be given to no more than 5% of the members of the SES in any given year. Executives from across Government are nominated by their agency heads, evaluated by citizen panels, and designated by the President.