International Services is the overseas arm of the USDA’s Animal and Plant Health Inspection Service (APHIS), promoting the mission of APHIS overseas by posting APHIS Foreign Service Officers (FSOs) in embassies across the globe.

Since a 1982 Presidential Executive Order was signed, APHIS FSOs have worked as Agricultural Attachés in over 28 posts internationally with administrative, policy, and technical support from staffs in Washington, D.C. 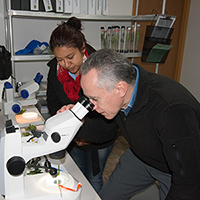 We COLLABORATE with foreign partners to control pests and diseases before they can harm the U.S.;

We INVEST IN INTERNATIONAL CAPACITY-BUILDING with foreign counterparts to build technical and regulatory skills that prevent the spread of damaging pests and diseases.

The impactful work we do protects and expands the integrity of American agriculture by helping to facilitate complicated issues like: 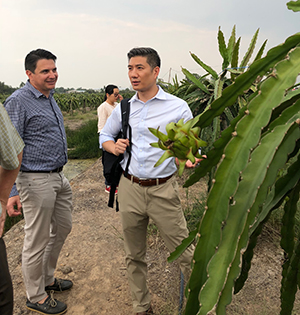 If the chance to work on these exciting issues for the U.S. government is not enough, the personal growth APHIS FSOs will experience in their careers is unmatched!

To become an APHIS Foreign Service Officer, you must:

To learn more about APHIS FSO Careers, contact us at APHIS.Foreignservice@usda.gov.